R.I.P Adobe Flash. Final Nail in The Coffin By Google. 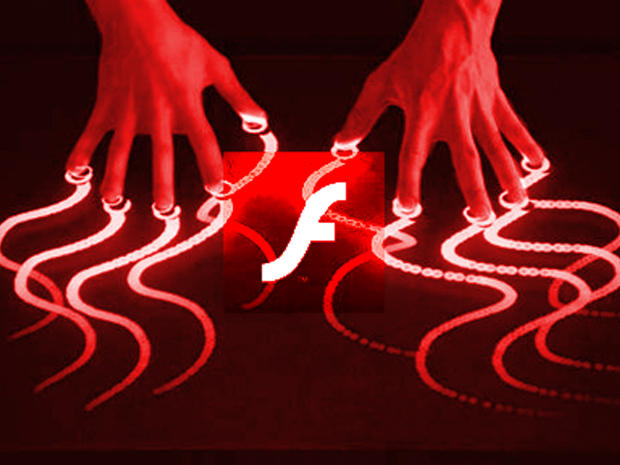 
Adobe flash has been sentenced to death by most of the applications and platforms and now it seems to be the last nail in its coffin. Google plans to block non-essential Adobe Flash content from Sept 1, 2015, onwards. Starting by September 1, 2015, Google will stop some Flash content from automatically playing. It has been decided earlier as a part of browser performance improvement strategy. Chrome browser will automatically freeze Flash files that are not important. This means that you will have to click on the files you wish to see so that you can manually enable them, otherwise they will be frozen by default. However Adobe Flash, even after the company issued timely patches and security updates, appears to have lost its credibility already.

Yet another 0day Flash Vulnerability was found which could've put user data at risk. The Hacking Team, a group of professional hackers who supplied governments with hacking tools and whose entire information database was recently leaked, used this exploit to attack computers without the user’s knowledge. The new vulnerability, CVE-2015-5123, follows two other 0day exploits. This exploit, according to Adobe, “could cause a crash and potentially allow an attacker to take control of the affected system.”

In the wake of two new zero-day flaws in Flash Player, Mozilla has disabled the plugin for all versions of its Firefox browser. The Flash Player Plugin 18.0.0.203 (the most current and vulnerable version) has been blocked for users' protection. Now Google Chrome also has started displaying warnings on opening sites with flash content.

Facebook too calls for the end of Flash player.

Facebook's new chief security officer wants the web plugin to be put out to pasture.In tweets posted over the weekend, Alex Stamos said the popular web plugin used for videos and games had to go.

"It is time for Adobe to announce the end-of-life date for Flash and to ask the browsers to set killbits on the same day," he said in one tweet. He followed up in another tweet, adding: "Even if 18 months from now, one set date is the only way to disentangle the dependencies and upgrade the whole ecosystem at once."

Many alternatives have been suggested to replace Flash. Many prominent video streaming services, including Sky TV and Netflix, switched to Microsoft’s Silverlight instead of Flash. However, silverlight has been rejected by major browsers forcing to use the only HTML5.


"Nobody takes the time to rewrite their tools and upgrade to HTML5 because they expect Flash to live forever. We need a date to drive it,” Alex Stamos,Facebook’s head of security.

The move towards using native HTML5 for the majority of Flash uses has been welcomed by most, although some services that require digital rights management to secure licenses have resisted the move.


Bye flash. Hope nobody will miss you. Below cartoon says it all. :) 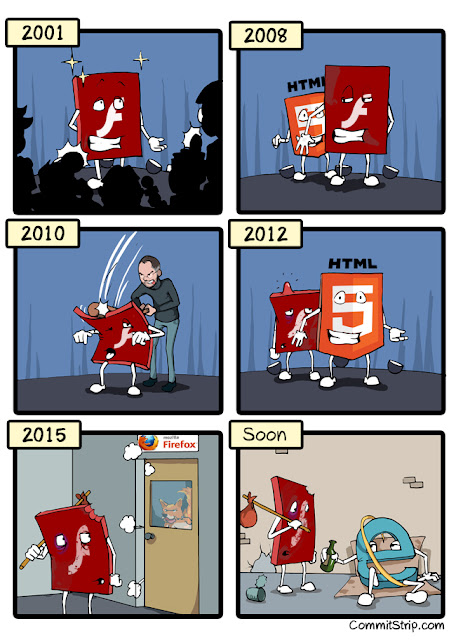