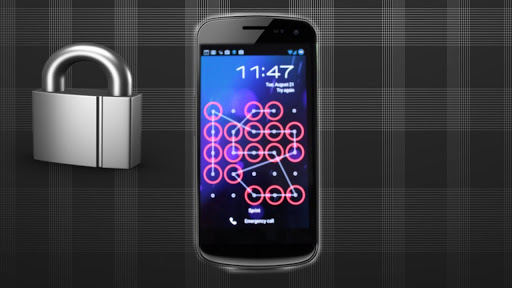 Android pattern lock is the password alternative Google introduced in 2008 with the launch of its Android mobile OS. New studies show that it may appear strong but can be cracked in a matter of seconds. New data uncovers the surprising predictability of Android lock patterns.


Android Lock patterns(ALP) Are Not Safe.


Android Lock patterns(ALP) frequently adhere to their own sets of predictable rules and often possess only a fraction of the complexity they're capable of. Android lock Patterns (ALPs) are so new and the number of collected real-world-patterns is comparatively minuscule. Still, the predictability suggests the patterns could one day be subject to the same sorts of intensive attacks that regularly visit passwords.

Patterns Are Easy To Guess


According to the study conducted by Marte Løge, a 2015 graduate of the Norwegian University of Science and Technology,44 percent of patterns started in the top left-most node of the screen. A full 77 percent of them started in one of the four corners. The average number of nodes was about five, meaning there were fewer than 9,000 possible pattern combinations. A significant percentage of patterns had just four nodes, shrinking the pool of available combinations to 1,624. More often than not, patterns moved from left to right and top to bottom, another factor that makes guessing easier. More than 10 percent of the ones she collected were fashioned after an alphabetic letter, which often corresponded to the first initial of the subject or of a spouse, child, or another person close to the subject. The discovery is significant because it means attackers may have a one-in-ten chance of guessing an ALP with no more than about 100 guesses. The number of guesses could be reduced further if the attacker knows the names of the target or of people close to the target. 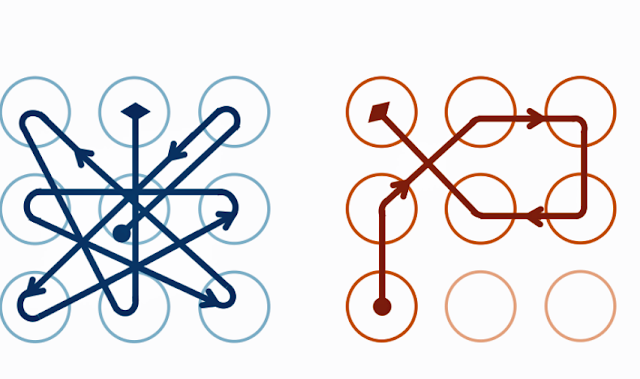 The best way to be on the safer side is not to use simple patterns. Use more nodes, choose a pattern difficult to guess. The specific sequence of nodes is also key in how complex a pattern is. Assigning the nine nodes the same digits found on a standard phone interface, the combination 1, 2, 3, 6 will receive a lower complexity score than the combination 2, 1, 3, 6, since the latter pattern changes direction.
Labels: Android, Hack Cave, hacking android, hacking android pattern lock, Security News, Smartphones, unlock pattern lock android